As the wealth gap continued to widen during the COVID-19 pandemic, Booth alumnus Jim Casselberry, ’01 (XP-70), decided that enough was enough. He joined together with a team of cofounders to start Known Holdings, which they have called “a mother ship” for Black, Indigenous, and Latinx leaders on Wall Street. Priya Parrish, ’09, adjunct assistant professor of strategy at Chicago Booth and chief investment officer at Impact Engine, joined Known Holdings as a founding advisor.

Aimed at supporting BIPOC (Black, Indigenous, and people of color) entrepreneurs and investors, the company won’t be providing entrepreneurs with just capital, business development, and fundraising solutions, but also assistance with external communications, back-office management, and other day-to-day needs of running an organization. Adamant that what communities of color need isn’t greater empowerment but rather increased ownership and readier access to capital, they’re determined to equip often overlooked populations with the financial tools, professional networks, and business services that they need to excel.

Chicago Booth Magazine sat down with Casselberry and Parrish to discuss why it’s critical for executive leaders to be more inclusive going forward—and to create pathways that allow historically underfunded investors and firms to enjoy greater control over their financial future.

Jim Casselberry: I think it’s evident from what we’ve seen over the past two or three years and following the effects of the pandemic that current wealth holders’ holdings have only increased, widening the economic gap. At the same time, other populations have been endemically ignored, and their financial situation has worsened. We’re in the unique position to help and leverage the support of other like-minded partners to tackle systemic problems in a way that’s more sustainable and creates a platform for financial growth that can serve communities for decades to come.

Priya Parrish: I agree. People simply can no longer ignore the evidence that investing in and building companies led by BIPOC can and does generate just as much financial success as doing so for those helmed by others. In fact, there is actually now an opportunity cost if you’re not investing in these people and working to build companies that serve everyone.

There’s a growing intersectionality to all the societal challenges that we face. We can’t simply leave problems to the government and philanthropists to solve. Rather, we need to create opportunities for companies to be owned and led by people who come from the communities who have traditionally been left out of wealth creation. The need for change in the financial services industry has always been there—it’s just more obvious and visible now. 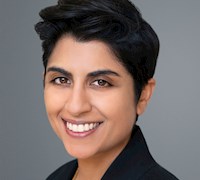 “People simply can no longer ignore the evidence that investing in and building companies led by BIPOC can and does generate just as much financial success as doing so for those helmed by others.”

Casselberry: We’ll be successful here not solely because of what we’re creating, but because of the sheer amount of talent and capability that exists but often goes overlooked in these communities. As we set out to build an economy for the New Majority, we’re doing it in a very specific and nondilutive way that allows the best and brightest to execute and excel.

Parrish: There is an immense amount of talent and capability out there, as evidenced by the many companies in all industries that are led or financed by BIPOC founders and investors. What Known is doing is helping these companies and individuals scale, and providing more ready access to capital, connections, and talent. It’s about scaling together and collaborating across multiple areas of financial services, which creates a multiplier effect for everyone involved.

Casselberry: We want to support and assist our partners and companies in ways that allow them to operate in what we call their “genius lane.” It’s not just about providing financial backing. For example, not every firm is going to be great at managing human resources, plotting communications structures, or designing more productive workspaces. We’ll help them apply learnings and best practices and we’ll provide support services that can help them more effectively grow and operate their companies—allowing them to focus on what they do best.

Parrish: I’m a big believer in capitalism as it inspires innovation, fiscal discipline, and hard work. But I believe that capitalism in the long term is only good if it goes toward serving all of society, and not creating massive structural imbalances in terms of who benefits.

I think it’s imperative that business leaders focus on becoming inclusive for a few reasons. One, we hold a massive amount of power and influence. Two, it’s more efficient to think about where value creation for capital holders can align with value creation for other stakeholders, such as employees and customers. And three, you make better decisions and smarter choices when all people involved in a venture bring a unique perspective grounded in their personal and professional experience.

Being more inclusive should be table stakes going forward for business leaders: it’s not about giving back to the community—it’s actually about just doing things the right way from the very beginning. 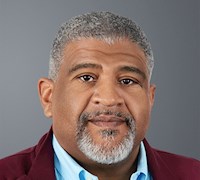 “We’ll be successful here not solely because of what we’re creating, but because of the sheer amount of talent and capability that exists but often goes overlooked.”

Casselberry: What we’re hoping to do is create the BIPOC-owned equivalent to Vanguard or BlackRock, these massive financial institutions. We want to help create better outcomes. When we do so, we’ll see the wealth gap shrink. We’ll be able to more effectively attack the problems that we encounter within our communities, because many issues we face aren’t political but economic. You know the quote, “Greed is good?” It’s not true, because it’s led to many of the economic and societal concerns that we’re seeing now. There are already a lot of like-minded investors who want to do better and create better outcomes—they just don’t necessarily know how. If we can partner with them and help model that change, others will come along with us on the journey and help narrow and eliminate the gaps that we’re addressing as a society today.

When it comes to transforming our financial system to serve all of society, not just wealthy capital holders, we need more critical thinkers and problem solvers—professionals with strategic wisdom and technical skills. That’s why I came to Booth! The rigorous multidisciplinary curriculum—and how deeply inherent critical thinking is to it—has really played a pivotal role in everything I’ve been involved in, including Known. It taught me that you need to have cross-sector skills and collaborations in place to be effective at solving significant market failures, real-world issues, and social problems.

Parrish: We need to structurally change the way things are done in the financial system to create systemic change. There have been many past efforts to steer more dollars toward Black and brown entrepreneurs and investors, but these represent very small pools of capital. Those talented investors and entrepreneurs start with less funding, and so it’s harder for them to compete.

We want to help businesses, investors, and entrepreneurs from every angle in every subsector of financial services, to support real BIPOC-owned firms that are large category leaders. To do that, we have to be able to leverage relationships, and Booth’s network spans every type of investor, from endowments and pensions to sovereign wealth funds. Through the work I do every day at Impact Engine and through the collaboration with you on Known, we’re tapping into this network to build a new ecosystem. We are creating not only a more balanced economy, but also a more efficient economy: one that’s beneficial not just for a small subsector of the world, but for many more people, starting with the New Majority.