Kyle Sweeney, ’21, changed jobs—and welcomed his first child—while earning his Executive MBA. Booth’s Global Career and Leadership Development team was there for him every step of the way.

Some might expect the Executive MBA Program at Booth to get them a job or attempt to calculate a return on investment comparing tuition to future earnings. I never viewed my education that way. The Chicago Booth MBA was an investment in myself—it sharpened my tool set, expanded my mind, provided unique insights into who I am as a person and a leader, and revealed what type of environment I thrive in. It was also an investment that paid off in a big way during a particularly tumultuous time in my life.

I was enjoying relative stability in my career when I started the EMBA Program in 2019. For more than a decade, I worked in a director role at a successful real estate investment firm and was doing well. I sought out a Booth education to help me develop the tools to take my career to another level and enhance my on-the-job growth. I had plenty of exciting changes in my personal life at that time; in addition to beginning my MBA, I also married my lovely wife between the International Session Weeks in Hong Kong and London. I was not planning on making any drastic career changes until I finished the program. However, I would soon find out that life had other plans.

As I was getting into the swing of things at Booth, a former colleague of mine approached me about joining his startup. It seemed like an ideal fit given my skill set but also risky. I turned them down, uncertain about the new venture’s ability to raise funds. They were persistent in trying to recruit me and were making considerable progress with their fundraising goals in the final stages. And so, bolstered by some confidence I was already gaining at Booth, I decided to take the risk. I left my job of 11 years and joined the startup. 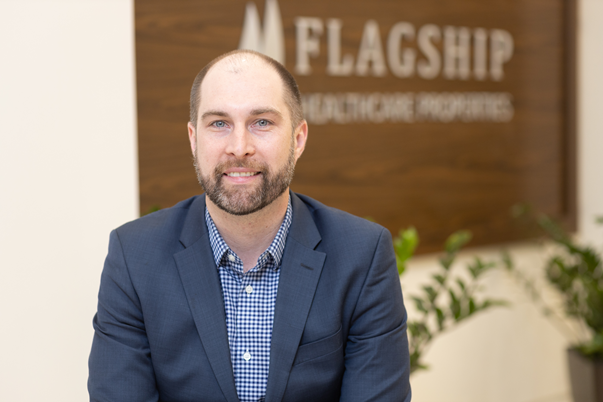 I quickly learned the hard way that the “final stages” of fundraising were not the same as funding secured. Despite impressive growth and early success, the company shut down just three months after I started. With two days’ notice I was suddenly without a job, without severance, and without health care.

Moments after I learned this news, my wife FaceTimed me. On the screen was the most incredible sight: the sonogram of our first child. My wife had recently learned she was pregnant and was at the doctor’s for her first visit. It was an unbelievable juxtaposition: I had just experienced a brutal career blow and 10 seconds later was seeing my child for the first time. With tears flowing down my face at this beautiful image of our healthy baby, I felt both overjoyed and anxious about how to move our family forward when I had no job or health insurance.

I knew I had to find a way to support the baby I already loved. I met with Booth’s Global Career and Leadership Development team to narrow my job search and create a plan of attack. I worked on my resume and reached out to everyone I knew—including the incredible network at Booth. I was lucky enough to land a great job in just a few weeks through a Booth connection.

While the work was intellectually stimulating and provided great responsibility, it was a challenge to feel connected to the team. I was working alone in my basement for a company located in another state, with limited engagement. While I continued to work hard at this new job, I returned to Booth’s career and leadership coaches to explain my challenge. Again, they helped me gain the clarity and the self-awareness I needed to pivot. We worked through personal assessment tools, which confirmed that I thrive in environments that emphasize both collaboration and optimism, two qualities I struggled to find at my new job.

As Booth’s Career and Leadership team was helping me to gain personal insights, a former colleague sent me a job posting where she thought I would be a strong candidate. Flagship Healthcare Properties was seeking a chief investment officer, a role that seemed ideal on nearly every metric. Flagship’s core values spoke of optimism, a key priority from my own self-assessments conducted through Booth. The Global Career and Leadership Development team helped me articulate my leadership qualities and I drew on that work in my final presentation to the company’s executive team.

I was offered the position but there was one last hurdle to overcome: deciding to leave our home in Chicago for Charlotte. We had just welcomed our son Murphy, and the Midwest had been home to my wife and me for decades. With encouragement from Booth classmates and most importantly my wife, we decided to take the leap on this new adventure.

The support I got from my classmates throughout this time was invaluable. During her pregnancy, my wife and I got COVID-19 and were hit hard with the physical illness and the stress of the unknown impact on our baby. Every night a different classmate sent us food so we didn’t have to cook or shop. We felt incredible support. Boothies are not merely a network but lifelong friends.

At the beginning of my EMBA, I was comfortable in a solid position but unsure of my long-term future and knew that I was capable of more. Now I’ve landed my dream job at a dream company, with a growing family in a new city. That’s a big transformation, and there were very precarious moments in between. Booth played a crucial role as I navigated the choppy waters, with invaluable support from my classmates and the Global Career and Leadership Development team.

Prior to joining Flagship, Sweeney was Senior Vice President of Corporate Development for Wentworth Management Services, focused on its healthcare real estate portfolio. Previously, he held various investment positions at Omega Healthcare Investors, Inc. (NYSE: OHI) and Aviv REIT, Inc. (formerly traded on the NYSE prior to its 2015 merger with Omega). Sweeney oversaw the underwriting and investment management process at Aviv, which went public in 2013. Prior to joining Aviv, Sweeney worked at LaSalle Bank and its successor entity, Bank of America, in underwriting roles that provided lending services to the healthcare sector.

A native of Milwaukee, Wisconsin, Sweeney has an MBA from the University of Chicago and a bachelor’s degree in business administration from Marquette University. In addition to traveling the world with his wife, he enjoys Jeopardy, standup comedy and Wisconsin sports. Kyle lives with his wife Jamie, son Murphy, and dog Scout in Charlotte, North Carolina.