Why Companies Shouldn’t Maximize Only Profits

Maximizing shareholder value, the central mission of many corporate boards across the United States, has become a handy defense for questionable business decisions. In the past year alone, corporate directors have cited “a fiduciary duty” to make the most possible money for shareholders as justification for cutting large numbers of jobs, price gouging patients in need of lifesaving drugs, and investing in projects that harm the environment.

Two prominent economists challenge this justification by arguing that directors have a fiduciary duty to maximize shareholders’ welfare, not value. Many shareholders buy more-expensive electric cars or they may pay more for fair-trade coffee because they care about some social objective, the researchers note. “Why would they not want the companies they invest in to do the same?” the researchers ask.

In fact, in privately held companies, owners give up some profits to achieve their social goals: reduce pollution, provide affordable medicines to people, protect their workers, etc. In other terms, they sacrifice profits to support their social values.

Oliver Hart, a Nobel laureate at Harvard University, and Chicago Booth’s Luigi Zingales, argue that publicly traded companies should do this, too, as long as they have the approval of their shareholders. Their reasoning has the same starting point as the late Milton Friedman’s: corporations should conduct business according to their shareholders’ “desires.” Friedman, a University of Chicago economist and Nobel laureate, defined this desire as “making as much money as possible while conforming to basic rules of society.” In other words, Friedman implicitly assumed that shareholders care only about profits. He saw his blunt directive for profits as a way to protect public companies from the self-interests of the people who run them. Unlike conserving the environment or chasing other ideological pursuits, earning profits and raising share prices are universal goals among investors. The broader ethical limits of the pursuit are best left to government regulators, according to the economist’s New York Times essay on the subject in 1970. Forty-seven years later, thousands of corporations have enshrined the profits-foremost philosophy in their mission statements.

The Equation: How to maximize shareholder welfare 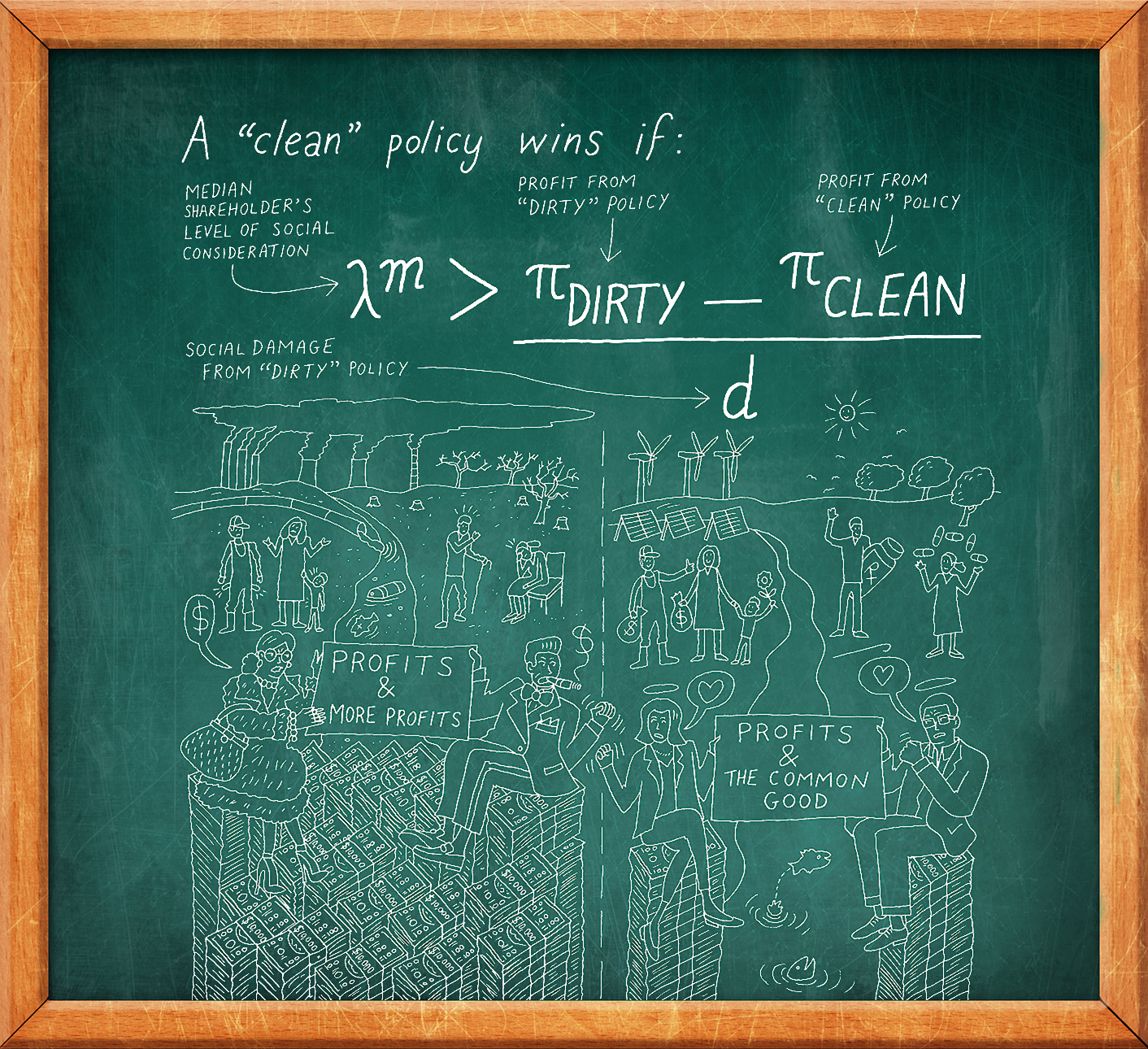