What Contributed Most to the Financial Crisis?

There’s a bevy of plausible culprits, and plenty of blame to go around.

Nearly a decade has passed since a number of calamitous events shook the global financial system, including the nationalization of British commercial bank Northern Rock (February 2008), the acquisition of investment bank Bear Stearns by JPMorgan Chase (March 2008), and the bankruptcy of investment bank Lehman Brothers (September 2008). The crisis that claimed these and other corporate casualties also devastated numerous small investors and homeowners and helped set the stage for what became the longest recession since World War II, during which unemployment rose and GDP declined in many countries.

To help explain the conditions that put the economy in such dire straits, Chicago Booth’s Initiative on Global Markets sent its US and European experts panels a list of 12 factors that may have contributed to the meltdown, and asked them to assign a weight of 0–5 for each depending on its “importance in contributing to the 2008 global financial crisis.” Collectively, the panels concur that shortcomings in financial regulation and underestimation of the risk inherent in certain securities contributed significantly to the disaster.

However, the panelists assign numerous factors a considerable degree of responsibility. “No one cause. Lots of blame to attribute,” writes Chicago Booth’s Richard H. Thaler. Elena Carletti of Bocconi University adds, “Many [of the factors] are interrelated in that they are relevant in conjunction with others.” The results of the poll, spreading culpability across many considerations, underscore the complexity of the crisis—and, perhaps, the difficulty of preventing the next one. 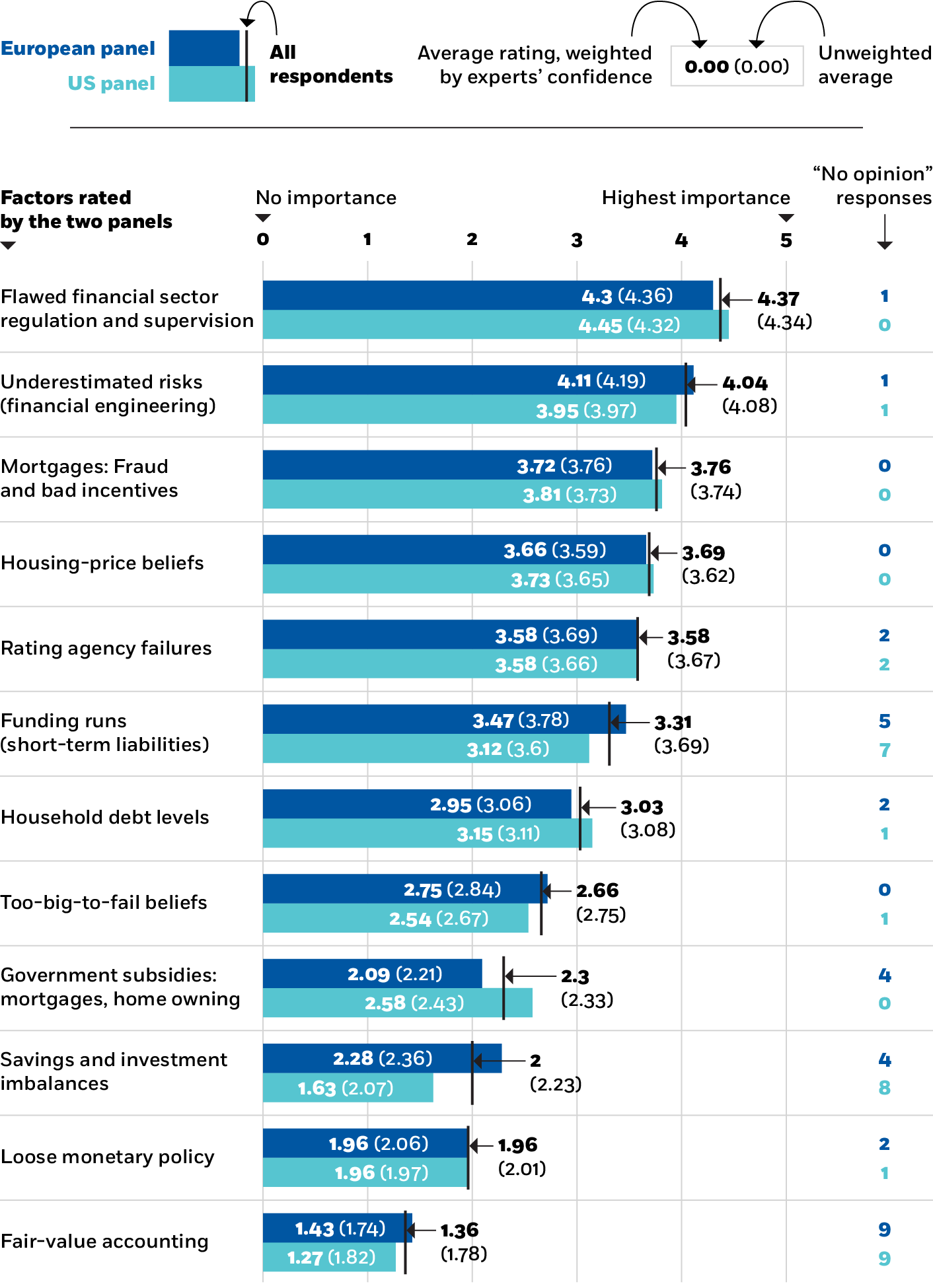 José Scheinkman, Princeton
“Inflated housing prices would have collapsed, but with much less severe global consequences if financial institutions had not chosen to hold as much housing risk (due to greed or stupidity) or if regulators and rating agents had done their jobs.”

Hélène Rey, London Business School
“Many factors contributed to the 2008 global financial crisis. But at the heart of the mechanism was a dysfunctional financial sector with misallocation of capital, bad incentives, insufficient supervision, and some fraudulent behavior.”