Infographic: Why ‘Balance Matching’ in Debt Management Can Be Costly

Consumer-finance experts usually advise people with balances on multiple credit cards to make the minimum payments on all of their cards and then put any remaining payments on the card with the highest interest rate. However, relatively few people do that, and research suggests why. According to University of Nottingham’s John Gathergood and Jörg Weber, Chicago Booth’s Neale Mahoney, and University of Warwick’s Neil Stewart, consumers try to manage multiple debts at once rather than pay off the most expensive one. That flawed approach can be costly. The researchers consider a number of explanations, including that people could be repaying the credit card with the highest capacity, the highest balance, or the lowest balance. Looking at a data set based on records from five major credit-card issuers in the United Kingdom, they pit these explanations against their own theory, “balance matching,” in which payments are proportionate to overall amounts owed.

For more on this research, see “Why people mismanage credit-card debt.”

The researchers assessed the credit-card records in their data set and confirmed that the experts’ advice was on point. After taking care of monthly minimum payments:

The share that actually went to people’s highest-rate cards

So what were they thinking? 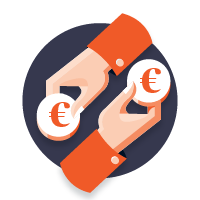 Balance matching: Making payments proportional to the balances owed on each card 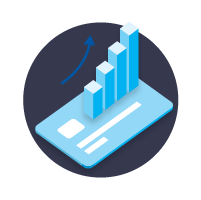 Making room: Prioritizing the card that has the most credit room, to enable a large purchase

Small victory: Prioritizing the cardwith the lowest balance, motivated to have one that’s paid off

Looking at consumers with balances on multiple credit cards, the researchers compared people’s actual-payment behavior to a calculation of what the monthly payments would have been had the payment money been divided in proportion to the balances owed on each card. By focusing on balances—which are prominently displayed on credit-card statements, the researchers note—people underpaid their highest-rate cards by more than 20 percentage points.

The  ACTUAL-PAYMENT  behavior seen in the data most closely fits the  BALANCE-MATCHING  model developed by the researchers—significantly more so than the other four scenarios they tested.

The research reveals that consumers’  ACTUAL-PAYMENT  activity put too little toward their highest-rate cards compared to what the  OPTIMAL PAYMENT  would have been.