The Equation: How Parents View Investing in Their Kids’ Future

Among families with more than one child, what factors do parents prioritize when investing time and money in education? A team of researchers including Chicago Booth’s Rebecca Dizon-Ross finds that while parents want to maximize the return on this investment, they also care very much about allocating their resources equally among their children. In an experiment with 300 families, children took a test and earned a monetary reward determined on the basis of their scores. Beforehand, the researchers asked parents to allocate 10 tickets to two of their children in a lottery where only one child in the family would win an hour of tutoring. Given the opportunity to favor one child—whether helping one who was further behind academically or boosting one who was already excelling—the parents overall showed a strong aversion to allocating tickets unequally. To learn more about this research, read “Do Parents Play Favorites When Investing in Kids?”

Adapted from the researchers’ paper, “Not Playing Favorites: An Experiment on Parental Fairness Preferences” 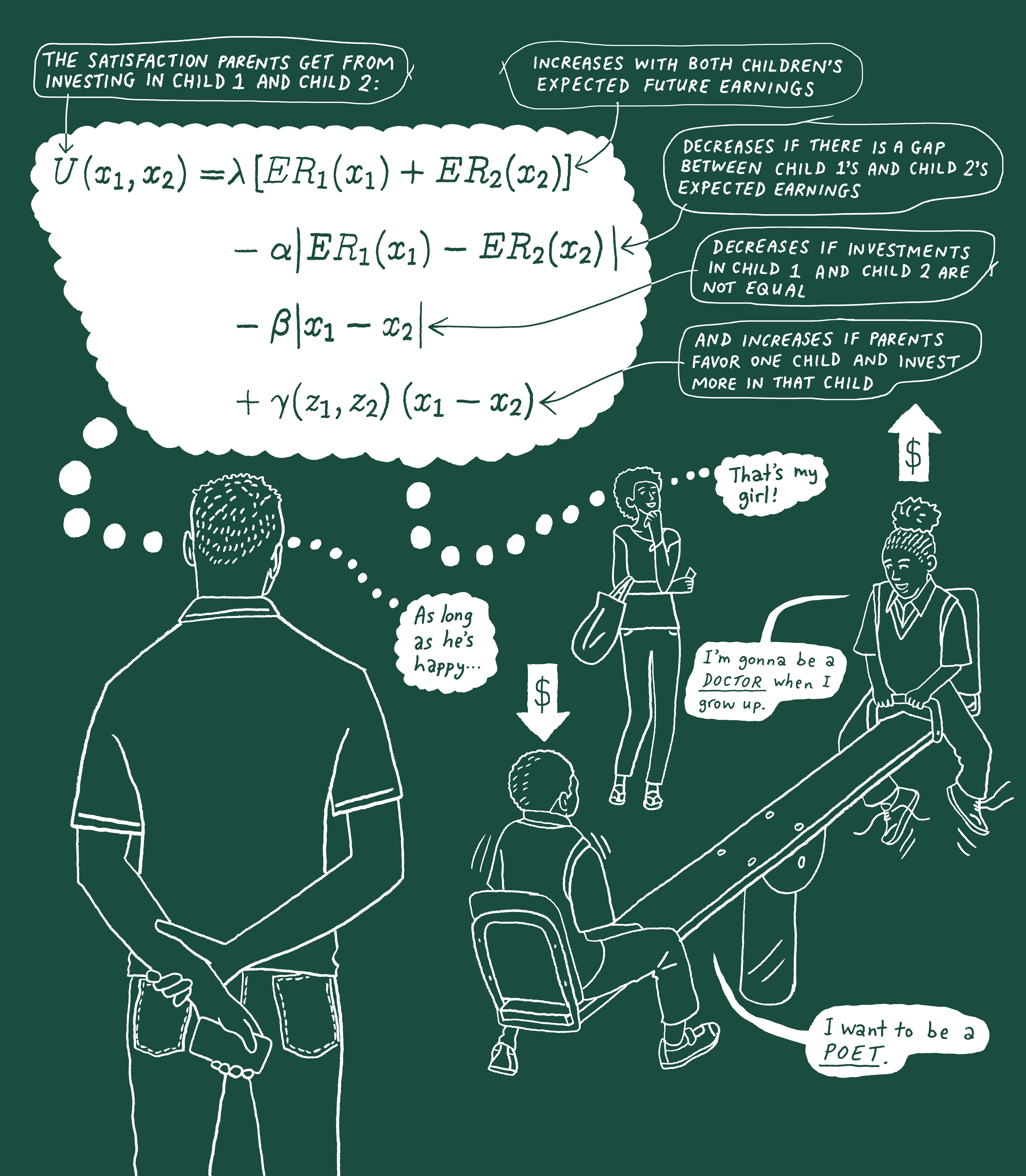