Charities: Get Donors to Give a Piece of Themselves

If you’re raising support for a cause, try to get potential donors to feel that they’re giving something of themselves, suggests research by Minjung Koo of Sungkyunkwan University in South Korea and Chicago Booth’s Ayelet Fishbach.

“People who give something that represents their essence—for example, an item they owned for a while versus only briefly—feel more committed to the cause and believe they are more generous,” says Fishbach.

Fishbach and Koo tested this in five donation studies. In one, they gave each participant (a college student) a pen in return for filling out a survey. They then asked whether the student would donate the pen to a charity that provided pens for kids in Kenya and Sri Lanka. Students told at the beginning of the study that they could keep the pens, who therefore felt ownership longer, felt more generous and more committed to the charity to which they donated the pens than those who owned the pens for the shorter period.

A similar sentiment was displayed when people were asked to either sign a petition with their names or support it anonymously. Those who signed said they felt more generous and would be more committed to the cause in the future.

The power of a signature
After securing people’s support on a petition benefiting children’s hospitals, researchers find that those who signed their name were more likely to support a second petition the next day.

Supported second petition when it was presented immediately after the first 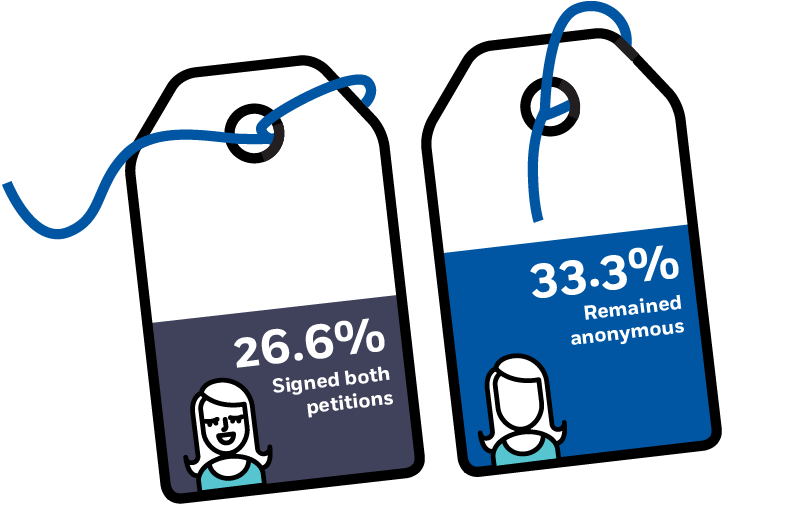 Supported second petition when it was presented the following day 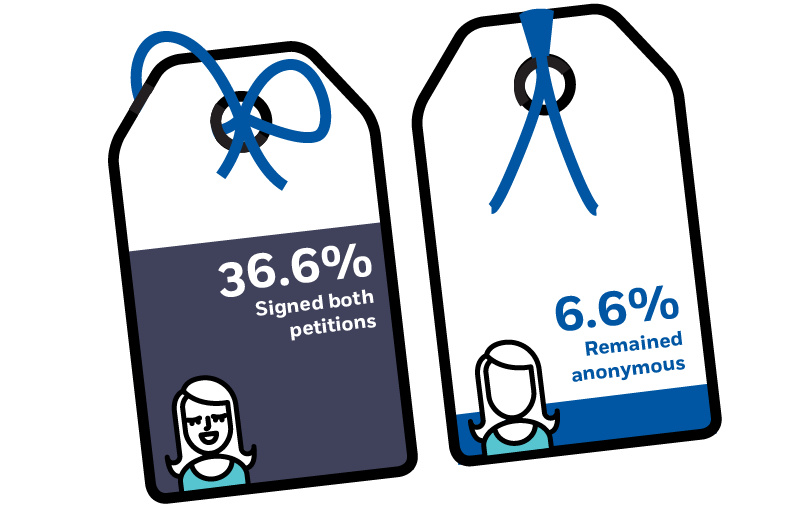 In another study, participants were asked to consider donating money or blood to the World Health Organization to help mothers who lost blood in childbirth. The researchers first asked them to list the amount of money they would donate that would equate to a blood donation, and then consider giving either that listed amount or blood. People who considered donating blood said they felt more invested than those who considered donating money.

“People report it’s actually easier to give blood than their listed amount of money,” says Fishbach. Yet they felt more committed and generous donating blood rather than their equivalent amount of money. Non-monetary donations, such as blood, may cost donors less financially and better generate long-term commitment from supporters.

“This study has clear implications for organizations that solicit charitable giving: they should encourage self-giving,” Fishbach says. For example, while labeling a donation with a person’s name could appear as bragging (compared with anonymous giving), “it’s people’s way of connecting to a cause, and it’s important for long-term involvement. Those who gave the self were more likely to give again.”

Minjung Koo and Ayelet Fishbach, “Giving the Self: Increasing Commitment and Generosity through Giving Something That Represents One’s Essence,” Social Psychological and Personality Science, May 2016.