"We negotiate each time we have a challenging conversation with another person, not just in a professional environment, but also in our personal lives. Whether it's talking to your toddler about eating their green beans, trying to persuade your teenager to respond to your text messages within a few minutes, figuring out what to order on Grubhub, or watch on Netflix—these are all negotiations." 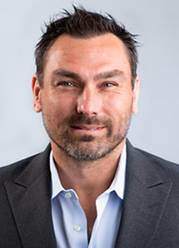 Typically, we think of negotiations in the dramatic context of the highest sum game: geopolitical, corporate acquisitions, or situations involving monetary consequences such as buying a home or accepting a new salary. While negotiations are critical in those instances, we often don't realize that even our most mundane daily interactions are indeed negotiations.

John Burrows, senior lecturer in leadership at the University of Chicago's Harris School of Public Policy and an associate fellow at Oxford University's Saïd Business School, says negotiation occurs for all of us on the most fundamental level.

"We negotiate each time we have a challenging conversation with another person, not just in a professional environment, but also in our personal lives. Whether it's talking to your toddler about eating their green beans, trying to persuade your teenager to respond to your text messages within a few minutes, figuring out what to order on Grubhub, or watch on Netflix—these are all negotiations," says Burrows.

Such conversations may not yield high-stakes results, but they are still crucial in pursuing desired outcomes. Although we think successful negotiators are born with an innate instinct, Burrows says it's a highly trainable skill useful for decision-makers of all levels.

In Burrow's class, Negotiate with Influence: Shape Outcomes at the Bargaining Table, students are often surprised to learn that feeling good about a negotiation isn't an accurate marker for a positive outcome. "The reality is we tend to think we did better than we did and that having experience by virtue makes us successful. If anything, that's how bad habits get reinforced. What happens in the real world when we negotiate is we don't have hard data to support how we actually perform. So you can walk out of a negotiation feeling great, believing "the good feeling" is an accurate indicator of how well you performed. In actuality, the data suggests we systematically overestimate how we did," says Burrows.

One of those bad habits includes under-preparing for a situation. That "good feeling" can result in a false sense of security that we are more adept or naturally skilled than we really are. And if there is a successful outcome after a good feeling, the mentality to "just keep doing what I've done before because it seems to work for me" can take hold. Successful negotiating, Burrows says, is more about listening than talking. "Good negotiators tend to be good listeners who focus on assessing the situation versus making their idea heard. We need to think of it as advocating on behalf of our own—or organizations—best interests, not as some deceitful game."

A highly interactive negotiations class, Burrows says, is extremely valuable because you not only learn strategy and tactics but get an objective measure of how you performed. Unlike in the real world, your classmates just did the same negotiation (assignment) as you, and some of them did better and some of the worse. Students can see in a facilitated dialogue assessing who did who better and discover systematically how they did so in this environment. And the objective is to take that experience and apply those frameworks to future negotiations.

What happens if you misstep? Burrows says, learn from it. "I'm very encouraging of my students making mistakes in class. The only way to really learn is to try out new styles, whether that's being more aggressive or collaborative than you might ordinarily be. Of course, mistakes made in real life can be costly, but if you've done your due diligence, prepared yet still make a mistake, you won't make it again. We're always learning," he says.